Neel previously served on the Executive Committee of Laureate Education as CEO of its EMEAA – Europe, Middle East, Africa and Asia Pacific – segment. This segment grew to become the world’s largest private education operation outside the Americas. Over 13 years at Laureate Education, Neel served as Global Head of Strategy and M&A, CEO for India, and SVP of Asia Business Development. He represented Laureate on the board of Coursera as an observer, and on the boards of numerous higher education organizations.

Earlier in his career, he was a Private Equity investor in Hong Kong and New York at Merrill Lynch, Sterling Partners, and ICV Capital Partners. He started his career as an Investment Banker with Deutsche Bank in New York and London, and then was a strategy consultant with McKinsey in South-East Asia and New York. Neel has a Masters degree from BITS Pilani in India and an MBA from Wharton. 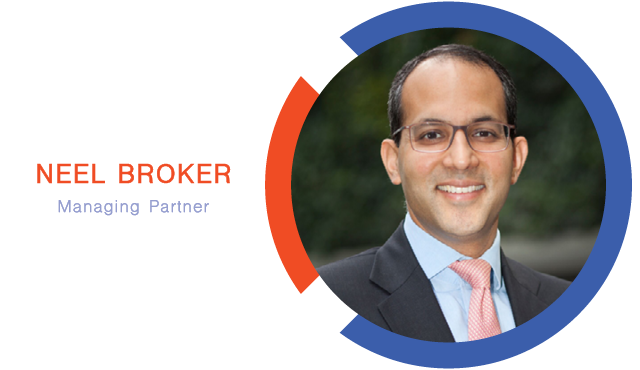